Nal Sarovar Bird Sanctuary which is located 65 kms. from Ahmedabad is a natural lake of approx. 100 sq. kms. It is made up of shallow waters, tall grass and over 300 islets. Over 250 species of birds pass through this lake and while many are resident and local migratory birds, several migrate from places as far as Central Asia, Europe and Siberia. The park which has a Ramsar Site Status offers a lake safari in its shallow waters which helps the visitors to get as close to the birds as possible.

After our half-day session at Thol Bird Sanctuary, we had checked-in to a hotel in Sanand. The drive from Sanand to Nal Sarovar was a comfortable one. Along the way we spotted some Sarus cranes in the fields adjoining the State Highway and decided to take some close-up shots. However, the cranes which are known to be shy kept moving away from us as we tried getting close to them.

The Sarus crane is the tallest of the flying birds and is found in most parts of the northern and central India. They are usually seen in pairs or small families.

The Indian Roller is also called the Blue Jay or Neelkanth and is considered a sacred bird among the Hindus.

The White-throated Kingfisher is one of the 12 species of Kingfishers found in India.

The Asian Openbill has an unusually shaped bill that is adapted to feed on large snails.

The Woolly-necked Stork or Bishop Stork is generally found around wetlands.

Unlike other ibises, the Red-naped Ibis is not dependent on water and is generally found in fields far away from water.

The lake like any other wild-life sanctuary had an entry fee but what surprised us were the charges. An entry fee of Rs. 40 per person, parking fees of Rs. 20 per vehicle, maintenance fees of Rs. 35 per person, camera fees of Rs. 200 per camera and boating charges of Rs. 1320 for a personal boat…and there weren’t any tigers to sight here!

And as if that was not enough, as soon as we stepped out of our vehicle, we were swarmed by touts who assured us sightings of flamingos, pelicans and spoonbills in the remote parts of the lake, but only if we coughed up an additional 1500 bucks. Also on noticing that we were at the lake for bird photography, an offer was made to take us to another location – which was away from Nal Sarovar – with the promise of better bird sightings, and that would have lightened our wallet by another 1000 bucks.

The trap was laid and we walked right into it. So, while we diligently purchased entry tickets to the sanctuary, we also doled out the additional 1500 bucks for the exceptional sightings that were promised to us. We did see a few birds but they weren’t anywhere close to the commitments made to us. By the end of the two-hour safari, we hoped better sense had prevailed.

While boating at the lake, we spotted a few water birds and managed some neat pictures. Featured above is a solitary Great White Pelican taking flight at the Nal Sarovar Lake.

One of the many Brown-headed Gulls found abundantly at Nal Sarovar.

The Ruddy Shelduck is also known as the Brahminy Duck in India.

The Eurasian Marsh Harrier can be recognised by their long, narrow tails, long legs and wings that form a ‘V’ when in flight.

Purple Swamphen are good swimmers, but they prefer to wander along the edges of the water, among reeds and on floating vegetation. The Purple Swamphen species in India is called Grey-headed Swamphen 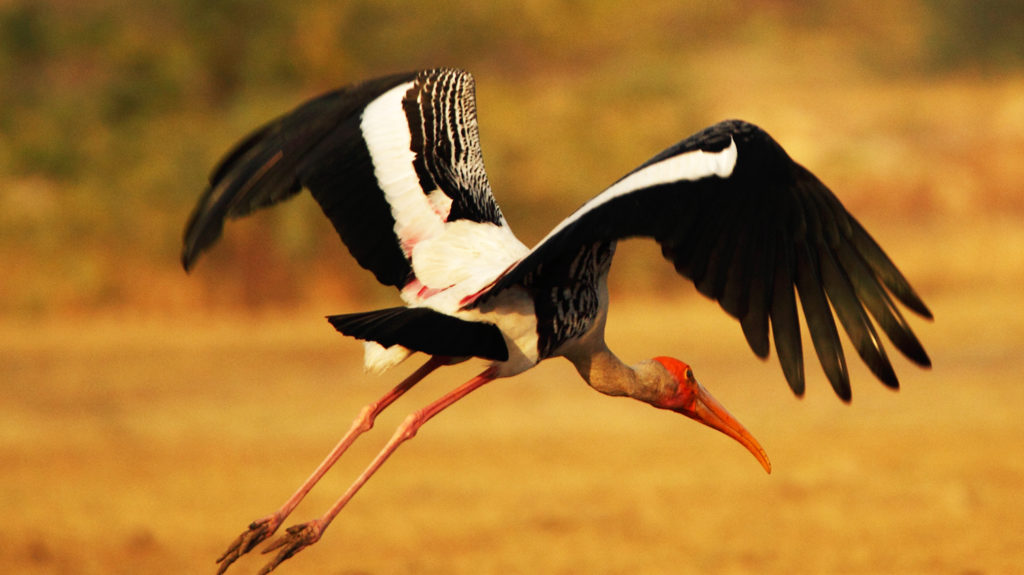