The Sarus Crane is the tallest flying bird in the world and India’s only resident breeding crane. And so, getting up, close and personal with this large bird was one of the highlights of my trip to Keoladeo National Park. It was the second day of our trip at Bharatpur and my friend and I had decided to spend the first half of the day away from the wetlands…yes, we had had an overdose of the ducks and geese. After trekking for some time towards the dry grasslands, we spotted a family of three Sarus Cranes at a distance. They were quite far and we tried getting close to them however, at some point they probably noticed us and took to the air. We watched them fly away only to land at a medium sized pond that we had crossed previously while on our way to the grasslands. And so, we set off in the direction of the pond hoping to get a better sighting of these birds.

On reaching the location of the pond we spotted the Crane with its family and they were foraging in the pond. We took up our positions behind some bushes and captured some great pictures of these birds – some of which have been featured below.

At over 5 feet, the Sarus Crane is the tallest flying bird in the world. And due to my close encounter with this bird at Keoladeo National Park, I could swear by this fact.

The Sarus Crane or the Grus Antigone as it is scientifically called has a light grey plumage with a red patch around the head and neck. The juveniles however have brown feathers.

These birds are mostly seen in pairs or along with their juveniles. Here, in Keoladeo National Park the family comprised of one juvenile and two adults.

The Sarus Cranes live mainly in wetlands like flooded rice paddies, marshes, ponds and canals and sometimes even near human habitats. These birds face constant threats in the form of wetland destruction, poisoning due to the use of fertilizers (in fields) and electrocution due to the power transmission lines. Threats also manifest in the form of poachers and dogs that steal the eggs of these Cranes.

The Sarus Cranes are known to feed and take care of the juveniles well beyond the juvenile stage of development. They are known to live up to 40 years. That’s a lot for birds…actually even for Cranes!

Sarus Crane are found in the Indian Sub-continent, South-east Asia and Australia. In India, these Cranes are found in northern and central part of the country. In fact, it is the official State bird of Uttar Pradesh. And this is exactly where this bird seems to be getting a new lease of life. Categorised as “Vulnerable” by ICUN, this crane is now seeing a rise in its numbers due to the conservation efforts by the local people including school children and the wildlife department. To read more on that, click here. 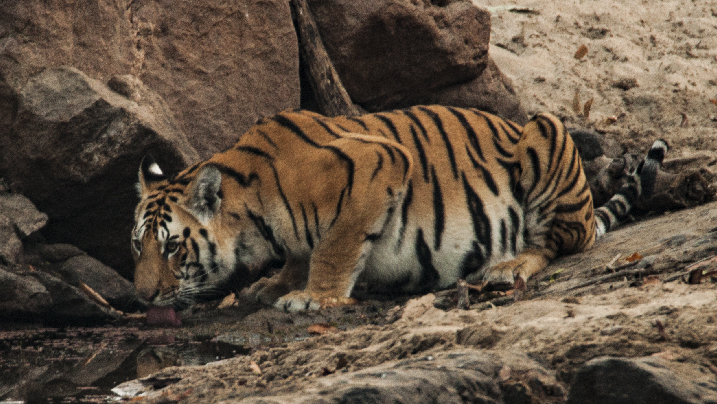