After an eventful stay at Zainabad, we checked-out early, mindful of the long drive ahead of us. While we were satisfied at having accomplished so much during the last two days, we now eagerly looked forward to the most important itinerary of our Gujarat Sojourn – an encounter with the Asiatic Lions.

Categorized as an endangered species, the Asiatic Lions are found predominantly in Gir – their last home and the only natural habitat in the world. The Gir National Park located in Gir is known to have successfully saved this species from the brink of extinction.

While we had saved the best for last, I must admit that I wasn’t really hopeful of spotting a lion, considering my track record during my previous ventures in the wild. But that was to be proved wrong as were many of my other perceptions and beliefs. Take the case of Gujarat’s roads, which we all have been led to believe to be among the best in the country. However, contrary to this popular belief; we found the roads to be quite mediocre. Our route to Sasan Gir took us through several State Highways and like most State Highways; these roads too were infested with potholes at many locations. The highways also passed through the centre of various towns and villages; as a result we crawled through much of the distance due to the narrow roads and the local traffic. In the end it took us 9 hours to reach our destination that was only 350 kms away!

I must however admit that our journey from Sasan Gir to Ahmedabad via the Rajkot-Ahmedabad National Highway (developed and managed by NHAI) was a far more pleasant one.

It is a known fact that in Gir, anytime during the day (or night) one could easily stumble upon a pride or a lone Lion not just inside the park but also in one of the many orchards that exists around the periphery of the park. Since we were looking for some adventure, we did not settle down on reaching our resort at Sasan Gir, but instead we decided to drive out to a village called Mandorna and take a stroll around some mango orchards where a some sightings were recorded a few days earlier. We left from the resort at 10:30 PM along with some local guides and reached the village after an hour’s drive. As we crossed the village and got onto a dirt road, we came face-to-face with a lioness and her two cubs.

As she crossed the road directly in front of us, I managed to get some shots. We were advised to stay inside the vehicle while our local friends tried to follow and locate them. But it was too dark and the lioness with her cubs seemed to have drifted into one of the many mango orchards.

After several unsuccessful attempts at tiger sightings in Ranthambore, Jim Corbett and Kabini, this was my first ever spotting of a wild cat in its natural habitat. The jinx was finally broken.

We drove further on the dirt road and stopped in the middle of a mango orchard. And then we did what I probably would never do again…ever! We walked through the orchards and the periphery of the park looking for the big cats. We were told that they were around based on several pug marks that we found along the way. But apart from hearing occasional growls (of Lions), we did not spot them.

At around 1:30 AM, we were driving back to our resort when we spotted a lioness with her cubs. We thought it was the one we had seen earlier but realized that this lioness’s cubs were bigger than the earlier ones. I got off from our car and tried to take some pictures. However it was dark and the cats were constantly on the move. I couldn’t manage even one decent shot, so I gave up and we drove back.

Although we were very tired after a long day, the thrill of walking among the orchards and the periphery of the park during the night and the excitement of spotting not one but two lionesses and their cubs had infused new energy in us and we eagerly looked forward to the safari that was planned for the following day.

Next morning we went around exploring the resort and realized that we were its only occupants. This was probably why we were being treated so well. Bhimshi, who partly owns the resort was an amazing host. The resort – Lookout Villa – which is located close to Bojde village on the periphery of the park offers several cottages and tents with all standard amenities. The food is pure vegetarian and tastes awesome.

We had booked ourselves for the afternoon safari and were one of the last vehicles to get into the park. Once in the park, we were informed that no lion had been spotted in the park during the last 4-5 days. That wasn’t really music to our ears! About two hours later, we had covered more than half the distance and there was still no sign of the big cats anywhere. We had almost given up when to our utter delight; we spotted a lone lioness a few feet away and walking parallel to our dry and dusty trail. There wasn’t anyone else around and that really helped. I was able to get some good close-ups of this amazing cat right till it crossed our jeep. It was a WOW moment!

Back at the resort, we revisited and discussed some of the most memorable moments during the last 24 hours. With so many sightings, this trip had truly turned out to be one of the best in recent times. And if there was one thing that we missed, it was the opportunity to spot a male lion. But that did not matter…we at least have a reason to revisit this park again.

If Gujarat is a dry State, I wonder why would a sign-board such as this be put up on its State Highway. 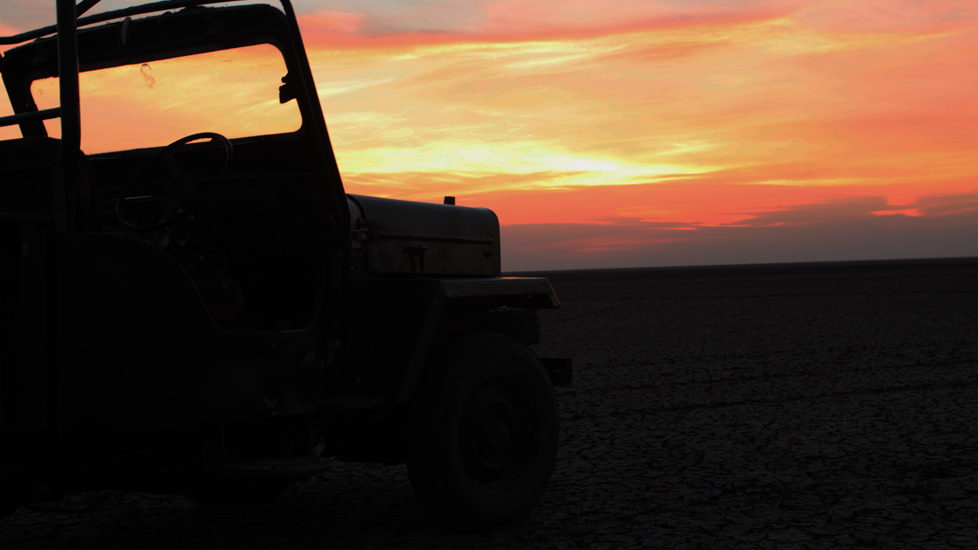